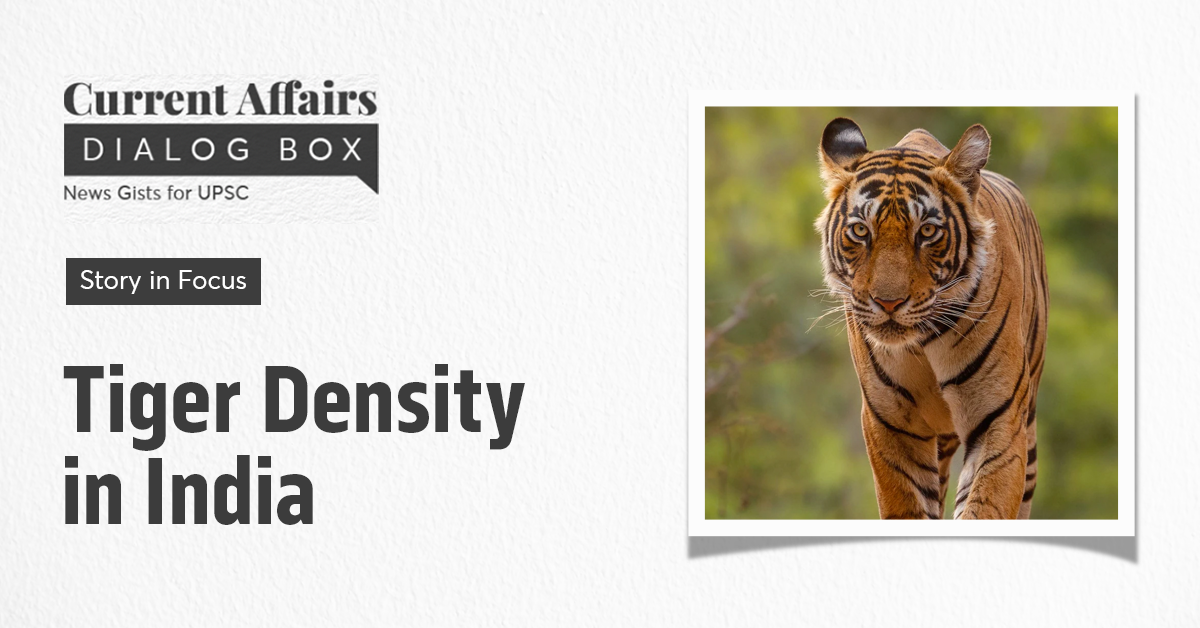 Today’s section of the UPSC Current Affairs Dialog box will comprise a discussion on the topic of Tiger Density in India and how it should be approached during the UPSC preparation. It has relevance from the CSE syllabus in the following way:

Recently, a preliminary finding of a study by the Wildlife Institute of India (WII) suggests that the density of tigers in the Sunderbans have reached the carrying capacity of the mangrove forests, leading to frequent dispersals and a surge in human-wildlife conflict.

The importance of the tiger agenda is an ecological requirement for our environment’s long-term viability. Examine India’s efforts to conserve tigers in this context.

Also, read our PrepLadder Editorial on Are Tigers in Trouble? by Conservation Biologist, Neha Sinha and upgrade your UPSC exam preparation.

Conflict: Cause or Effect

Watch a video on Ladakh’s Demand of Sixth Schedule Status by Prem Sodhani Sir (Current Affairs faculty) in our Prelims Booster series and give an edge to your CSE preparation: