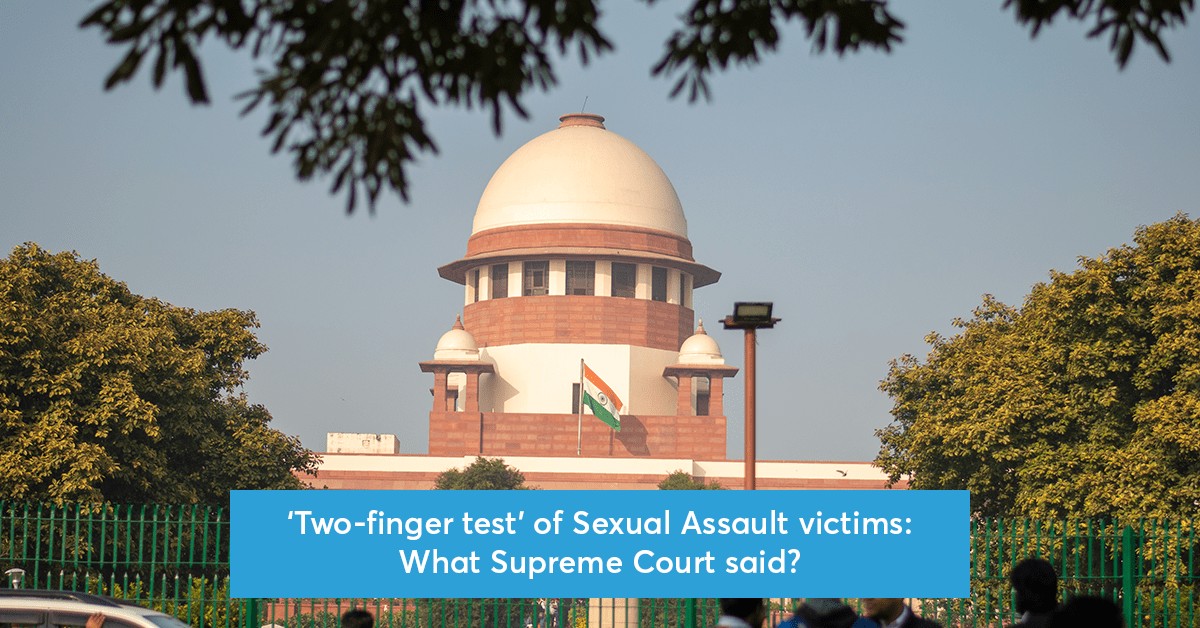 Today’s edition of our Current Affairs will comprise a discussion on the ‘Two-Finger Test’ of Sexual Assault Victims: What SC Said. Read further to upgrade your UPSC CSE knowledge and also understand the topic’s relevance to the UPSC syllabus.

Recently the Supreme Court has expressed its disapproval of the two-finger test and held that those conducting the ‘two-finger test’ on alleged rape victims will be held guilty of misconduct.

Explain why and how the SC has expressed its disapproval of the two-finger test.

About the Two-Finger Test

Case in which the SC Made Recent Observations

Government’s Guidelines on the Two-Finger Test

Attempts to Stop the ‘Two-Finger Test’:

If you want to enhance your IAS Preparation and crack the UPSC CSE examination, download the PrepLadder app and get access to the finest study material curated by India’s top UPSC faculty.