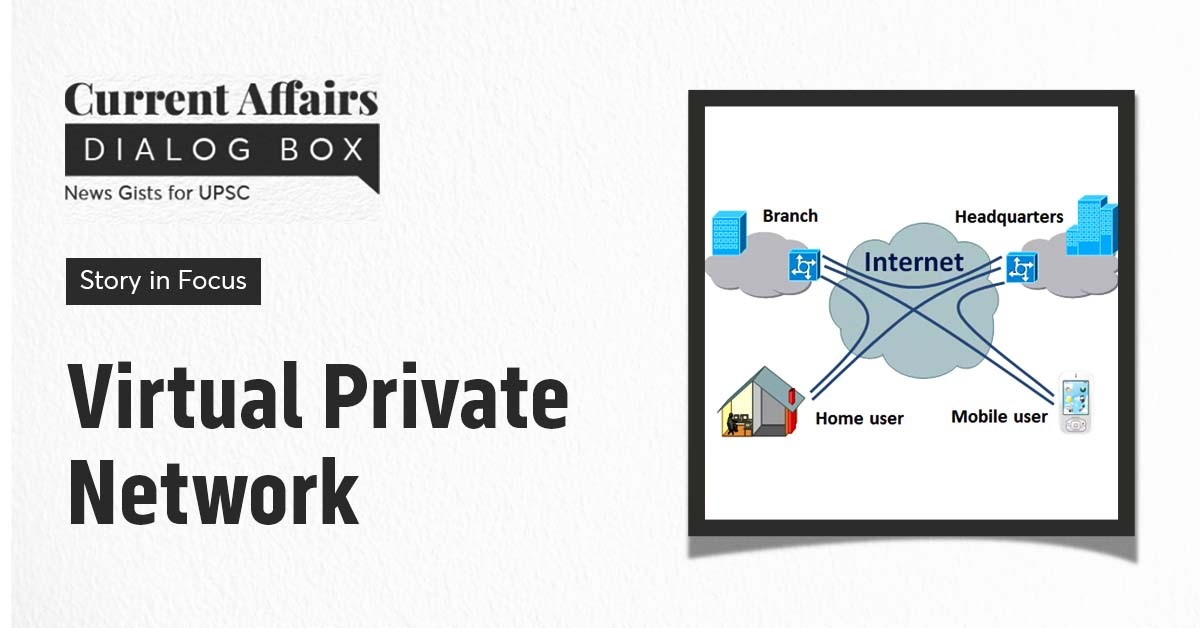 Today we will discuss Virtual Private Network (VPN) in detail in our daily edition of the Current Affairs Dialog box. Read further to enhance your UPSC CSE preparation and also find the topic’s relevance to the UPSC CSE syllabus

Mains: Awareness in the fields of IT, Space, Computers, Robotics, Nano-technology, Bio-technology and issues relating to Intellectual Property Rights.

Recently, the Computer Emergency Response Team (CERT-In) has issued a directive that Virtual Private Network (VPN) companies in India must collect and maintain customer data for at least 5 years.

Discuss the role of the Computer Emergency Response Team (CERT-In) in upholding the cyber-security framework in India.

What data will VPN companies be sending to the Government?

Accelerate your UPSC CSE preparation with an in-depth video on What is Delimitation in J&K?, by Vishakah Dagur, our Current Affairs Faculty:

Scale of VPN usage in India