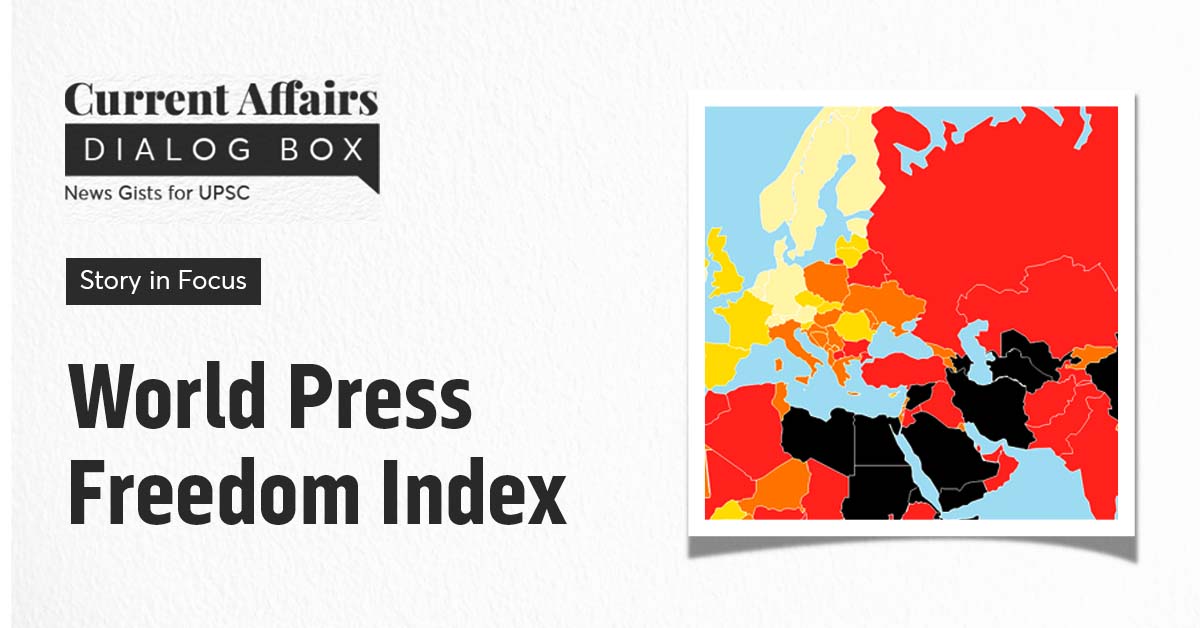 In today’s edition of our Current Affairs Dialog Box, we will discuss World Press Freedom Index and its relevance to the UPSC CSE syllabus.

This topic is important and should be studied in-depth during the UPSC exam preparation.

For Mains:  Freedom of Press

According to the latest report released by the global media watchdog, Reporters Without Borders (RSF), India has secured 150 ranks out of 180 countries in the 2022 World Press Freedom Index.

Discuss the various provisions enshrined in the Indian constitution, which acts as the bulwark of freedom of the press in India.

What does the Index say about India?

How does RSF define Press Freedom?