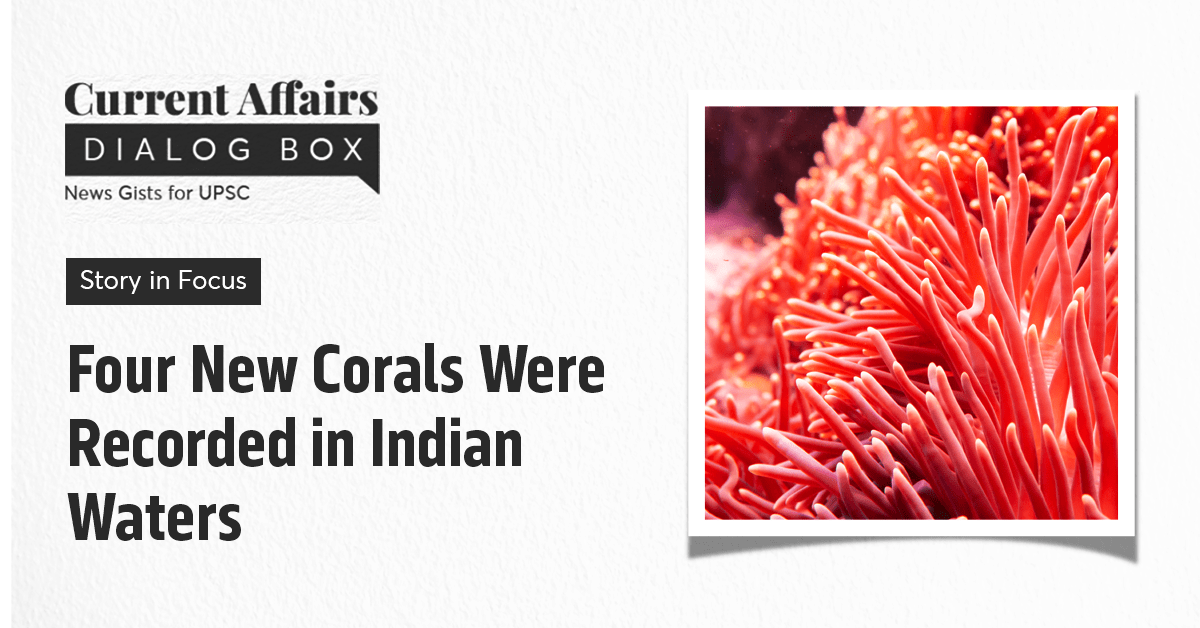 Here is our today’s edition of the Current Affairs Dialog box, wherein we will discuss 4 New Corals recorded in Indian Waters. Navigate through the article to understand the topic in detail and enhance your UPSC CSE Preparation Online.

The topic’s relevance to the UPSC CSE syllabus is listed below:

For Prelims: Environment and Ecology

Four new coral species of azooxanthellate corals have been recorded by scientists from the waters of Andaman and Nicobar Islands in India.

Following are the some of the causes of Coral bleaching:

Internationally many initiatives and programs have been taken to create awareness, protection, conservation, and restoration of corals worldwide –