All you Need to Know About Union Executive- NCERT Notes UPSC 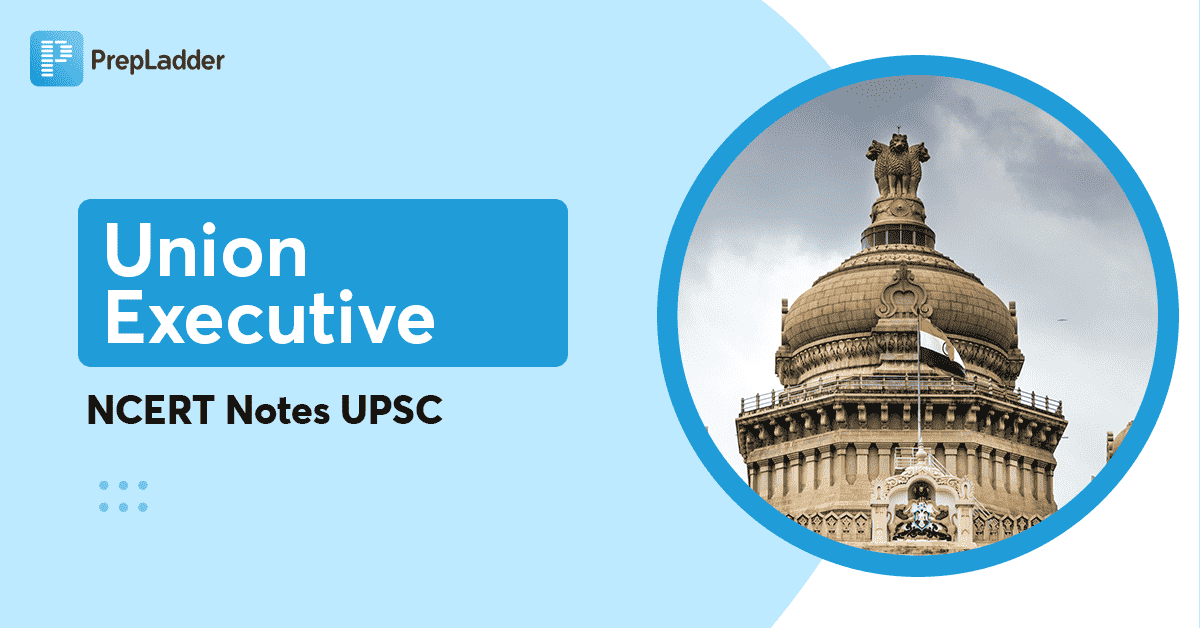 Legislature, Executive and Judiciary are the three organs of government. Together, they perform the functions of the government, maintain law and order and look after the welfare of the people.

Read this detailed article on Union Executive and upgrade your UPSC CSE preparation for the upcoming UPSC Mains 2022 exam.

The Constitution adopted the parliamentary system of executive for the governments both at the national and state levels.

At the National level:

At the State level

Power and position of President

Discretionary Powers of the President

Three situations where the President can exercise the powers using his or her own discretion:

Need of the President

The Vice-President of India

Prime Minister and Council of Ministers

The President exercises his powers only on the advice of the Council of Ministers, which is headed by the Prime Minister.

Enhance your Polity preparation for the upcoming UPSC Mains 2022 exam with this detailed video on Functions of the Speaker of Lok Sabha by M.Puri Sir, our faculty for Polity, International Relations and Governance:

Executive under control and supervision of the legislature

Political conditions affecting the power of the Prime Minister

Effect of the Coalition Government on the working of the Parliamentary Executive:

Issues with the Bureaucracy