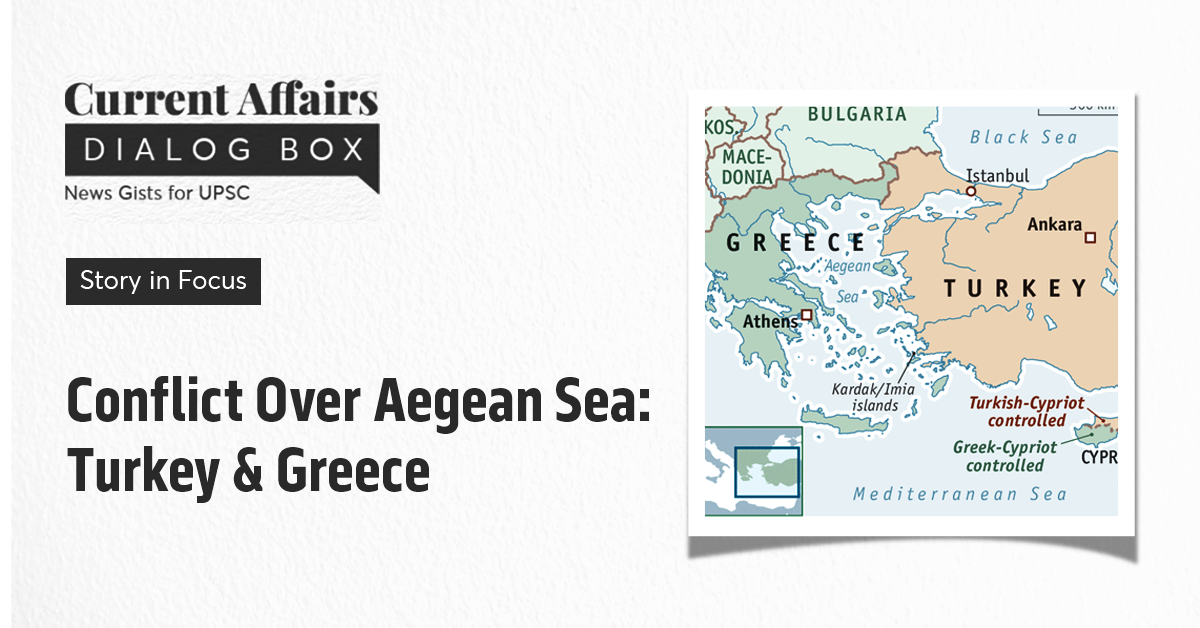 It’s time to upgrade your UPSC knowledge bank with our Daily Dose of Current Affairs. In today’s edition of our Current Affairs Dialog box, we will discuss Conflict Over Aegean Sea: Turkey & Greece and find its relevance to the UPSC CSE syllabus.

Turkey has accused Greece of building a military presence in violation of the 1923 Treaty of Lausanne and the 1947 Paris Treaty, which guarantee the Aegean islands’ unarmed status.

Examine the significance of the Montreux Convention in the light of the ongoing conflict between Turkey & Greece over Aegean Sea.

The Lausanne Treaty of 1923